Don Maclean MBE is one of Britain’s leading TV, cabaret and stand up comedy performers and the perfect host or after dinner speaker.

Don Maclean MBE is one of Britain’s leading TV, Cabaret and Stand Up Comedy performers.

He first came to the public’s attention “back in the day” through his appearances on “Crackerjack” and “The Black & White Minstrel Show” which he hosted for three years on television and five years on stage.

He has also hosted a plethora of TV quizzes and game shows, including “Celebrity Squares” as well as a lengthy, successful and ongoing career as a radio presenter and broadcaster for BBC Radio 2.

He has appeared in six Royal Command Shows, the latest being a Royal Gala for the Princess Royal. His 30th Anniversary in Show Business was marked with the award of a coveted Silver Heart from the Variety Club of Great Britain, and in 1997 Birmingham University conferred upon him an Honorary Degree of Master of Arts.

Don Maclean is an immensely talented performer with a charismatic and engaging personality. He is one of the few remaining comedians in the country that has a completely “clean” act. This of course sets Don apart from so many other performers and makes him ideal for any occasion.

He has a brilliantly funny act chock full of good clean gags, thoughts and observations, with not so much as a hint of a swear word in sight! Yes it can be done and it can still be funny, as this showbiz great proves each and every time he performs.

The entire team at First & Foremost Entertainment are proud and delighted to represent Don Maclean and cannot recommend his legendary stand up highly enough.

Bespoke package for After Dinner Speaking or Comedy Hosting. Please enquire to discuss your specific details.

Option Two:
For 15 years Don presented Good Morning Sunday on BBC Radio2. His after-dinner entertainment based on those years in which he refers to some of the 1,200 people he interviewed, the three pilgrimages he led to the Holy Land, his refusal to subscribe to Political Correctness & the many problems that caused + his philosophy on the approach of old age is guaranteed to exercise even the most immovable chuckle muscles.

Option Three:
Having spent over 40 years on showbiz, appearing in many pantomimes, Summer Seasons as well as the London Palladium, he is perfectly capable of keeping an audience amused with a comedy routine which is particularly popular with adults who like their comedy clean.

Option Four:
A tribute to fathers in comedy & song during which Don relates his experience of having a father & of being a father. Don claims; “The type of father you yourself become depends entirely on the example of fatherhood given to you by your own dad” & he sets out to prove his theory. With songs by Harvey Andrews this is guaranteed to bring a smile to the lips & a tear to the eye of anyone who’s ever had a dad, been a dad or even been in the same house as a dad.

“It made a great change to laugh riotously at such a serious event in our College calendar & was widely appreciated by parents & children alike.” Speech Day St Edmund’s College, Ware

“I had to write to say how fabulous DM was at our dinner last week. It has been the talk of the club ever since with numerous phone calls & e-mails all saying how much they enjoyed Don.” Leicestershire Golf Club

“As ever your natural style was received with great appreciation by all those in the audience. Thank you for entertaining us without a wrong joke in place; it can be done can’t it? You proved that. I know the message will be passed on to other Rotary Districts – watch this space.” Rotary District 1070 Conference, Eastbourne

“DM will probably never know how much he did for me that afternoon. If you are in touch with him please let him know how warmly his dynamic personality, energy & fun were received by at least one person.” Christians Together, Nuneaton

“I was told by one of our audience that he had laughed so much he ached all over. Along with the rest of the audience, I shared his experience.Thanks for being involved in the conference, you were great & they were all gob-smacked.” Hayes Conference Centre, Swanwick

“You were great! Everyone really loved the opening line; your material was very clever & very funny. I wish I could use you at all our events but I guess I shall have to wait another 5 years.” Marketing Services Manager, NEC

“Thank you for your first class after-dinner entertainment. As I looked round, the whole room was buzzing & it was apparent that you had the whole audience eating out of your hands – wonderful to see.” Grundig.

“Thank you so much for saving the day on Monday, you were fab – the consummate professional. Until you observe a real trooper at close quarters, I do not think it is possible to appreciate just what it takes to work an audience.” Pepi & Keith Simpson M.P., House of Commons

“A small note to express an enormous thank you for your brilliant contribution to our Variety Show on Sunday evening. I do not recall an audience, or me, laughing so long & so loud. My only regret was that you could not be there to hear the massive ovation which you received in absentia at the end of the show.” Everyman Theatre, Cheltenham

“Thank you for having saved our bacon at the recent AGM. It was like you slipped on the Network VEKA glove as you embraced the style of the organisation & its characters. You helped make it an unforgettable event; I hope our paths cross again soon.” Network VEKA 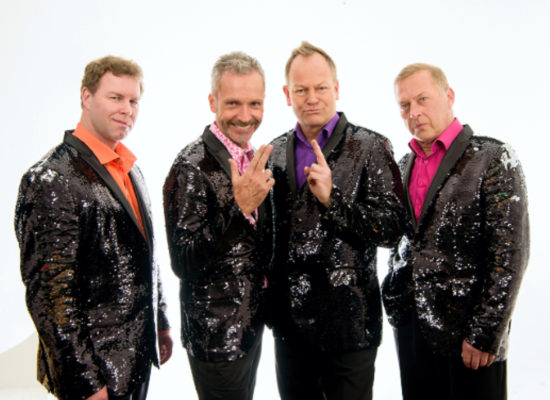 4 Poofs and a Piano 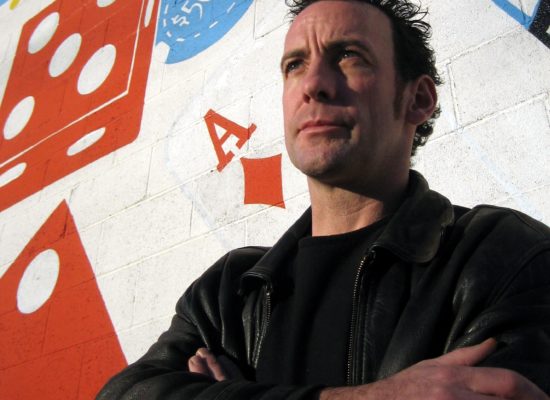 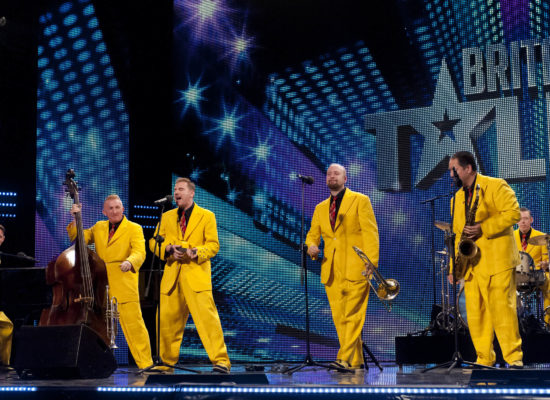